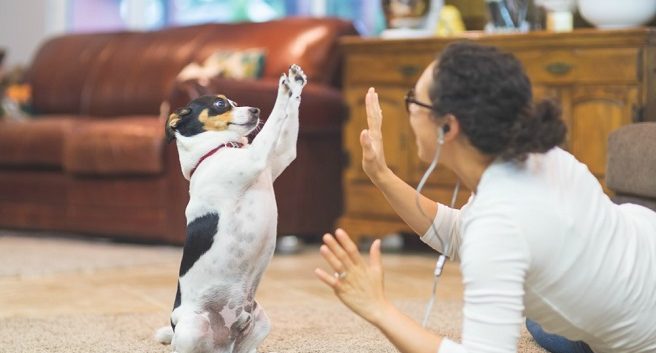 CNBC recently reported that “millennial-age Americans are prioritizing their furry best friends over nuptials or babies when it comes to house hunting.” According a recent SunTrust Mortgage survey, 33 percent of millennials who bought their first homes said that the need for dog-friendly features including yard space, a dog-friendly community or more interior space influenced their choosing to buy instead of rent. By contrast, only 25 percent said they bought their first home because of marriage and 19 percent cited the birth of a child.

Instead of buying a home because of marriage or having kids, more millennials are buying their first homes because they want more living space, both for entertaining family and friends as well as having enough space for their dogs to run around. Additionally, many rentals have heavy pet restrictions.

Courtney R. a millennial who recently bought her first home, said that the home she chose had a pull because of a nearby dog park, low-maintenance side yard and room in her new neighborhood for walking her four-year-old black lab, Ella.

“We really did want a fenced-in yard because we wanted Ella to have a place to go and run. But, it wasn’t the main deciding factor and ultimately couldn’t be why we did or didn’t choose a place – it’s too hard and competitive for something like that to be the only factor. If we had kids AND a dog, our decision probably would have been different,” she said. “But, we are in an end-unit townhome, and we’re in a cul-de-sac, so those were good compromises. We have a side yard she can run in without a leash, and our neighborhood has sidewalks and enough room to walk her. Plus, downtown Woodstock is super pet friendly, and the dog park is close by. It stinks not being able to open the back door and let her run, but the trade-off is no yard work since we’re in a townhome community!”

Kiel Harton and Toussaint Hill join the studio to discuss the company’s use of technology for home inspections, the importance of same-day reports and the training HDMK provides.

Braselton Is The Place To Be