Of those vacancies, 10,291 are considered “zombie” foreclosures, or vacant homes in the foreclosure process. This represents 3.38% of all foreclosures nationwide, down from 14,312 or 4.18% one year ago.

“The number of vacant foreclosures is now less than one-fourth of the more than 44,000 in 2013 when we first began tracking these zombie homes,” said Daren Blomquist, senior vice president at ATTOM Data Solutions. “Policy solutions such as land banks designed to mitigate the ripple effects of vacant properties on neighborhoods and cities have had a substantial impact, and a booming housing market in many areas of the country is lifting all boats. There are still high concentrations of zombie homes and other vacant homes in some local markets and submarkets, but those high concentrations are becoming fewer and farther between.” 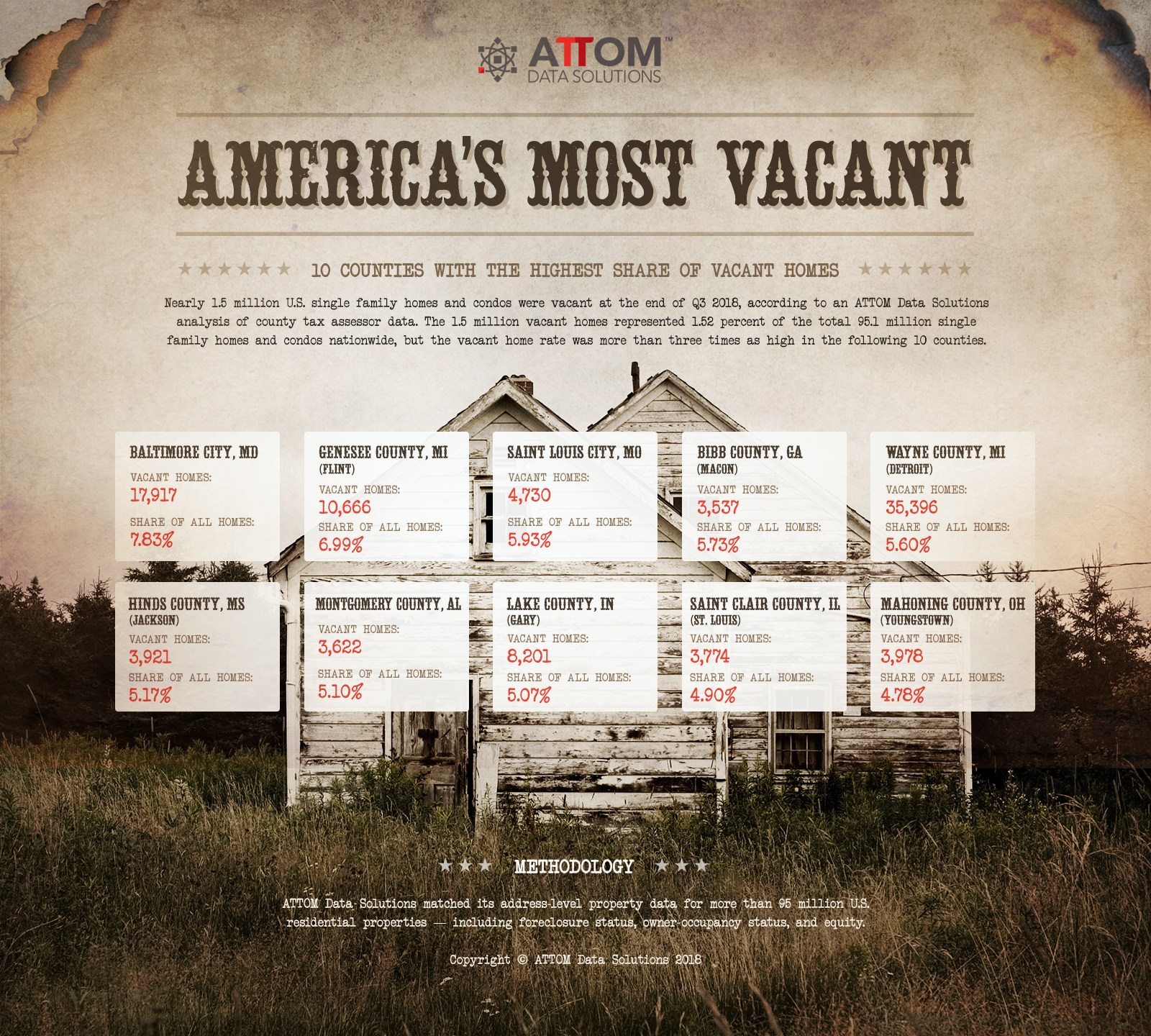 The report also analyzed vacancies by zip code, and most metro Atlanta zip codes were among the lowest in the country for vacancies, outside of a few south and east Fulton County and DeKalb zip codes. The zip code with the highest percent of vacancies is 30314, with 13.65% or 735 vacant single-family homes and condos.