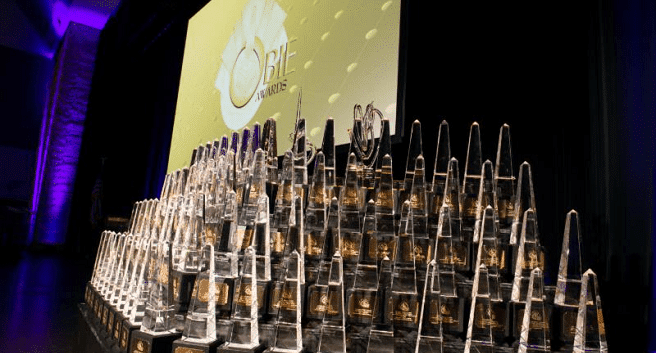 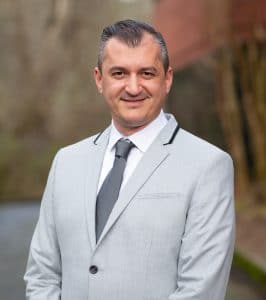 Atlanta Real Estate Forum congratulates Ilir Imeraj with Brock Built Homes on winning the Marketing Director of the Year. Presented by the Atlanta Sales and Marketing Council, the OBIE Awards are the premier awards given to those working in the Atlanta new home construction industry.

When Brock Built Homes decided to add a full time Marketing Director, they knew they needed a professional that understood the changing media environment. They sought out a person who could optimize every marketing dollar spent, and who would bring innovative ideas to the company. Brock Built Homes hired Ilir Imeraj in July of 2016, and he has exceeded expectations in every way. He became a vital member of the Brock Built Homes family.

After jointing Brock Built Hoems, Ilir hit the ground running. The company immediately saw an increase in Facebook activity, web traffic, and community visits after his hire. Ilir was able to leverage his video production experience by incorporating video into social media marketing efforts, a new website design, and even onsite community videos in the sales offices. The results were incredible. Year-over-year web traffic is up over 30% (without increasing marketing spending) and social media engagement is up 260%.

Ilir has done an exemplary job managing the Marketing plan. He has reallocated budget dollars to create more effective marketing channels, resulting in a growth in traffic without increased marketing expenditures. He has achieved this by closely tracking campaign effectiveness and implementing a new CRM (SalesForce).

Ilir continues to bring in new, innovative marketing ideas, several of which were up for Obie awards in 2019. Examples of some of his ideas include geo fenced targeted videos and an Amazon Alexa app that answers customer’s questions about Brock Built Homes. The Amazon Alexa app also has capability to showcase their smart home features.

Not only is Ilir an expert in his field, but he is also highly regarded in his office. He always has a positive outlook on all things presented to him. His coworkers agree that nothing seems too overwhelming or impossible with Ilir. He also performs well under pressure, always completing tasks on time and under budget. Brock Built is a family company that believes in big ideas. Ilir has become a part of that family.

The Greater Atlanta Home Builders Association’s OBIE Awards celebrates its 39th anniversary in 2019. The awards began in 1980 and have grown throughout the years to include more than 100 building, remodeling, marketing and personal achievement categories. The OBIE Awards are named after the obelisk shape of the actual award given. Read about other OBIE award winners at www.AtlantaRealEstateForum.com/category/OBIEs. Make sure to like, share and comment on this story.

Pam Sessions: A Pioneer for New Urbanism in Atlanta