BeltLine-fronting Pittsburgh Yards project is about to start opening 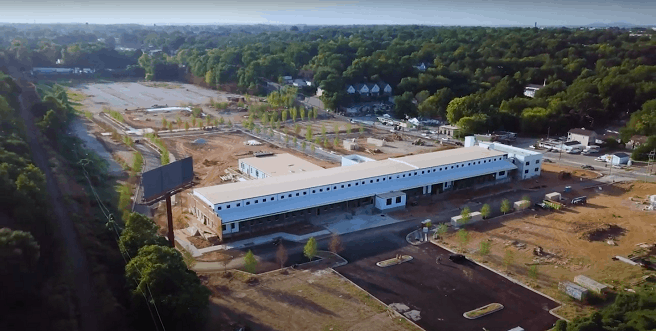 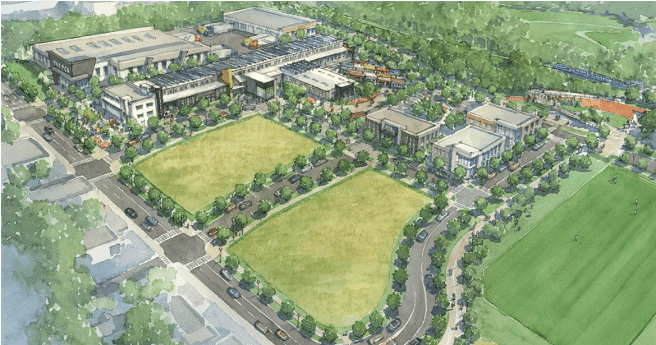 The community-led, BeltLine-fronting Pittsburgh Yards project is about to start opening. Here’s what to expect

For decades, residents of the Pittsburgh neighborhood have waited for signs of life and job creation at a sprawling, abandoned former trucking hub about two miles south of downtown, in the shadow of the Connector. Within days, after many years of planning and construction, that’s going to start happening.

Consuming 31 acres and bordered by the Atlanta BeltLine’s Southside Trail corridor, the Pittsburgh Yards property is unique in that it’s being redeveloped specifically to benefit surrounding communities of Summerhill, Pittsburgh, Mechanicsville, Adair Park, Capitol Gateway, and Peoplestown—places whose residents are having a say in what’s actually built, what it offers, and how it functions. The goal, over the next decade, is to create a bustling commercial anchor for a relatively low-income area that struggled mightily to emerge from the last economic recession. Imagine a place where baristas, graphic designers, and “foodreprenuers” work under the same roofs as carpenters, welders, jewelry-makers, and other tradespeople, many of them able to walk a short distance from home to work.

If you’ve driven the Connector out of downtown, heading toward the airport, you’ve probably seen the site in recent years, a tangle of kudzu and decaying buildings just to the west. It was formerly the Great Southern Trucking Terminal, built in 1951 and said to be the world’s largest, but that business dried up, and the property’s been largely vacant since Bill Clinton was president.

The Annie E. Casey Foundation—a philanthropic organization named for the mother of UPS founder Jim Casey that aims to better the lives of American children—bought the site for $4.2 million in 2006 with grand plans to remake it in a way that lifts up surrounding neighborhoods. The Great Recession threw a wrench in that progress, delaying it for about a decade. 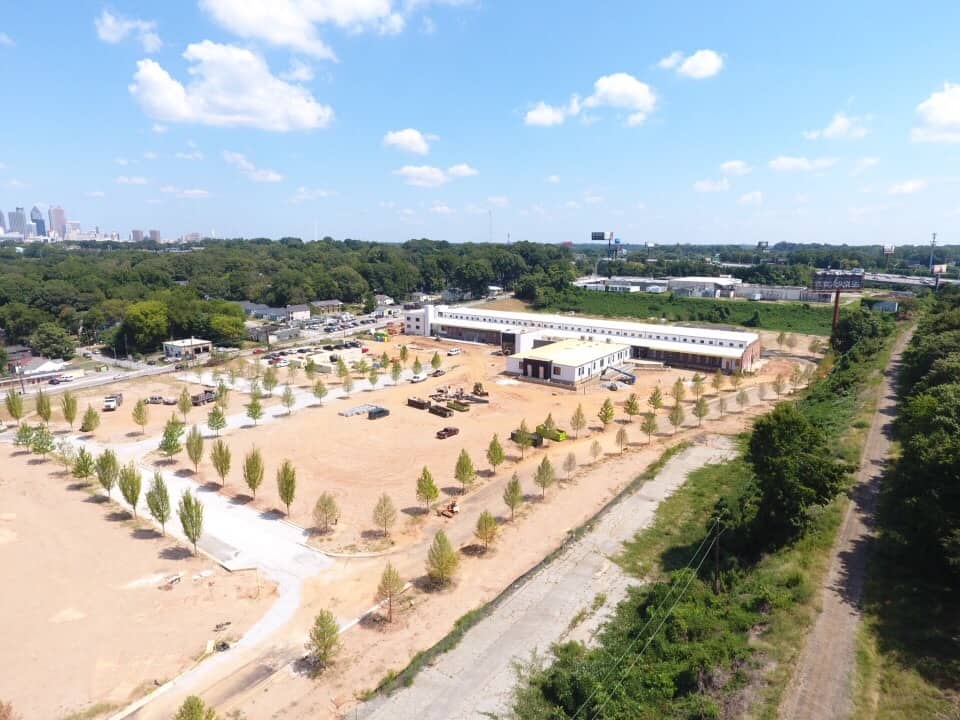 But in early 2018, the tide began to visibly change as construction on Pittsburgh Yards’ initial, $26-million phase launched. Around that same time, the City of Atlanta bought the U-shaped railroad corridor from CSX—also, coincidentally, for $26 million—that will become the BeltLine’s Southside Trail. Construction on that trail’s first segment, called “Southside Trail West,” is underway, too. BeltLine leaders expect it to open early next summer, providing a trail link from Pittsburgh Yards to the existing Westside Trail, a three-mile section that connects numerous neighborhoods and job hubs like the Lee+White warehouse brewery district.

On the eve of first tenant move-ins, we caught up with key officials leading the creation of Pittsburgh Yards to discuss the overall outlook, importance of the BeltLine, and a little village of shipping-container spaces that’s already proving popular with local entrepreneurs.

Could you give an update on where Phase 1 construction stands right now? 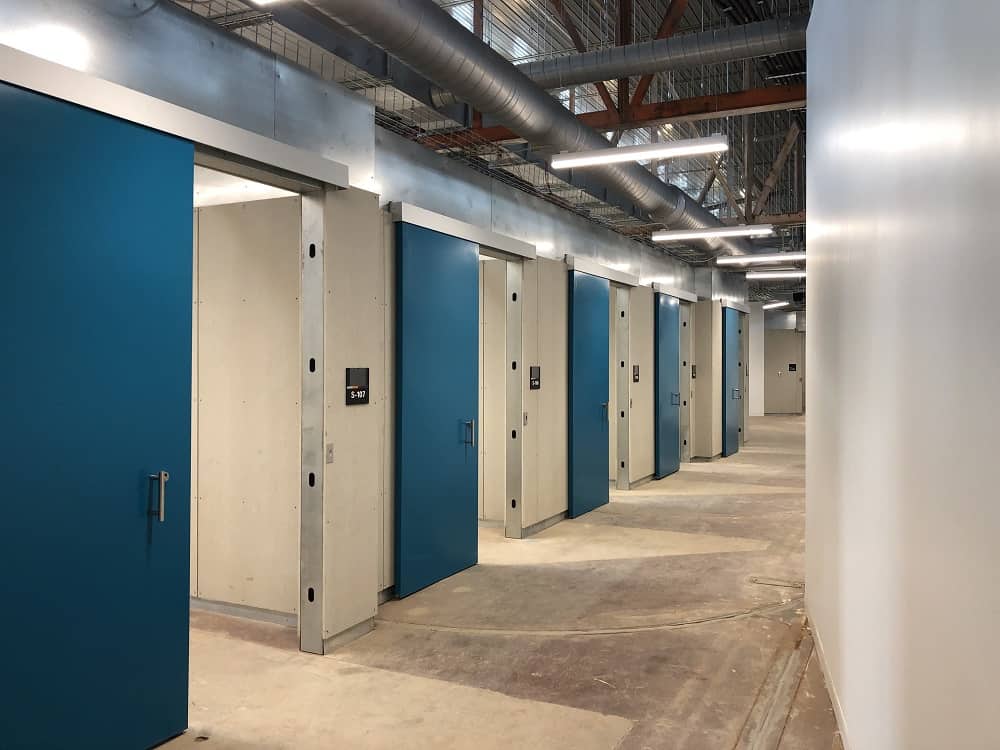 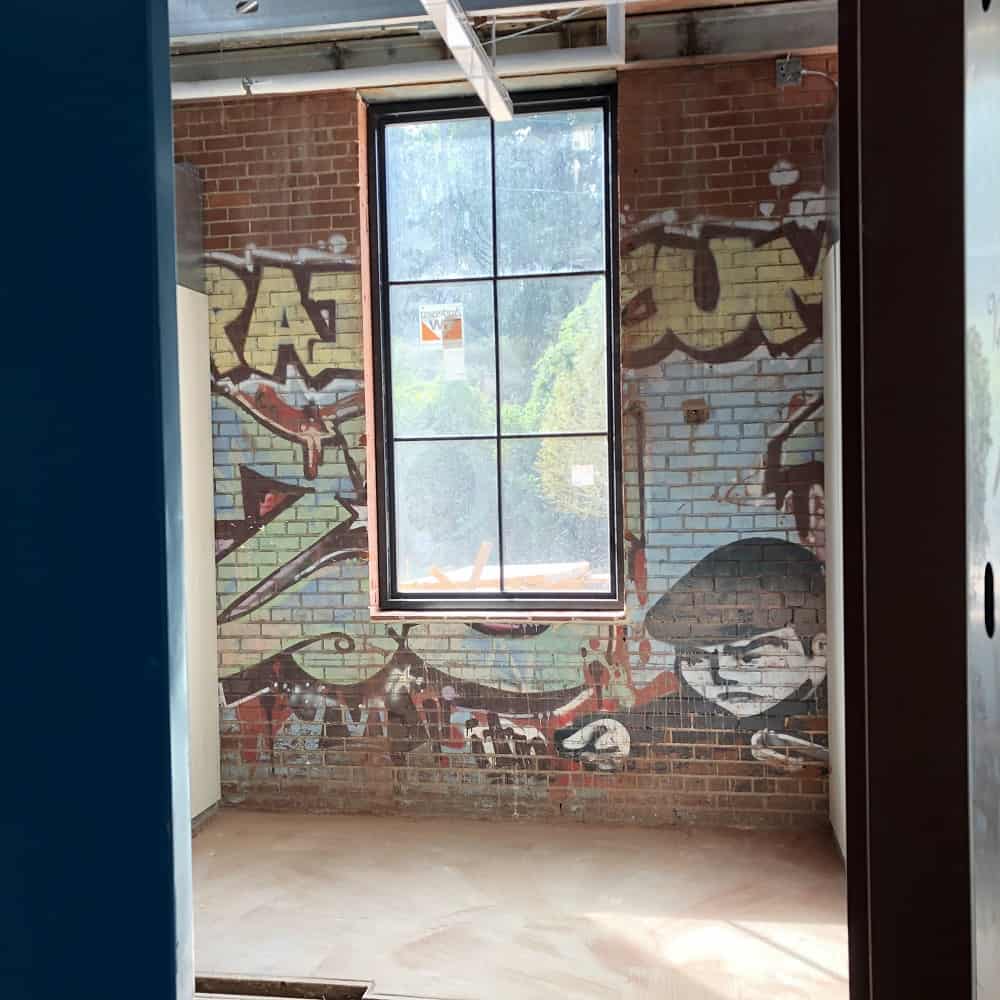 Ryan Akin, of Columbia Core Partners: After more than two years of construction at Pittsburgh Yards, the Nia Building will begin gradually welcoming entrepreneurs who have signed leases, beginning as early as this week and coworking members in October. [Note: Previously dubbed “the whale skeleton building” for its huge steel ribs, that structure houses 101 entrepreneurial maker spaces, as opposed to standard offices.]

Move-ins are being staggered in late September and early October to maintain social distancing guidelines. Master tenants for the food studio and market/cafe will have a few months of their own interior build-out work before their operations will launch.

The Nia Building is a 61,000-square-foot small business and maker hub. Its name reflects a Swahili term meaning “purpose,” and it was chosen, along with names for the various building spaces and surrounding streets, by residents as part of a community-led design and voting process.

Adjacent to the Nia Building is a Shipping Container Courtyard that will welcome businesses operating from their own repurposed shipping containers. Those business owners still have a few months of container permitting and construction work ahead of them prior to opening.

What’s the latest on job creation there? What sort of jobs?

Amid the pandemic, with safety protocols in place, these entrepreneurs are understandably eager to get to work in this new space. However, we expect the bulk of the job creation to be generated from ground leasing the five [undeveloped] pad sites at Pittsburgh Yards.

Now that infrastructure is in place for those pads, a brokerage team is working on marketing those sites to companies that align with the mission of Pittsburgh Yards.

Could you paint the picture of how the BeltLine will connect with your project next year—and what that connection will mean to Pittsburgh Yards? I recall talk of a swooping sort of path that would be a direct connection, but is that a facet for next year or more long-term?

Yes, the BeltLine path will descend from the former railway ridge down onto Pittsburgh Yards. It will run at grade level along the southern border of Pittsburgh Yards before ascending again to the ridge at the western edge of the site.

It’s a tremendous asset to the entrepreneurs and workers that people walking and biking the BeltLine will be able to easily connect to Pittsburgh Yards. And we expect that BeltLine trail users will benefit from amenities like recreation on the James Bridges Field, food and retail in the Container Courtyard and a spur walkway to the Pittsburgh neighborhood.

Could you talk about any specific challenges the pandemic caused with the project, and how you overcame them?

COVID-19 has affected the commercial development sector as it has affected every sector of our economy, so we’ve had to overcome various challenges.

We’re excited to be able to say that we’re able to open our doors and start propelling contributions to the economy by entrepreneurs and others, even as Atlanta and the state continue to cope with the effects of the pandemic.

At the start of the project, we didn’t foresee an opportunity to help a neighborhood and city overcome a pandemic to grow and thrive, but we’re grateful that Pittsburgh Yards will be able to help businesses recover, retool or get off the ground even in the midst of the current state of our world.

Can you break down the scope of Pittsburgh Yards so far—and give an update on the shipping container component?

Chantell Glenn, an Annie E. Casey Foundation’s Atlanta Civic Site program associate: Yes, the full site is 31 acres. About half of that is included in the first phase of development of the site, which includes the Nia Building, James Bridges Field, the Shipping Container Courtyard and infrastructure serving five pad sites for future development.

Businesses have thus far claimed eight of the 11 shipping container spaces, and we look forward to announcing them once all of the paperwork is in place.

The financial investment in this first phase is $26 million, including funding from the federal New Markets Tax Credit program, and a grant from the Economic Development Administration.

Although Pittsburgh Yards isn’t placing a specific reservation on future jobs, the goal is that half of newly created jobs will go to people who live in and around Pittsburgh.

NPU-V residents were hired for 10 of the construction jobs during this first phase, and we look forward to having many more local residents working at the site as mission-aligned businesses inhabit the development and choose to take advantage of the local talent. 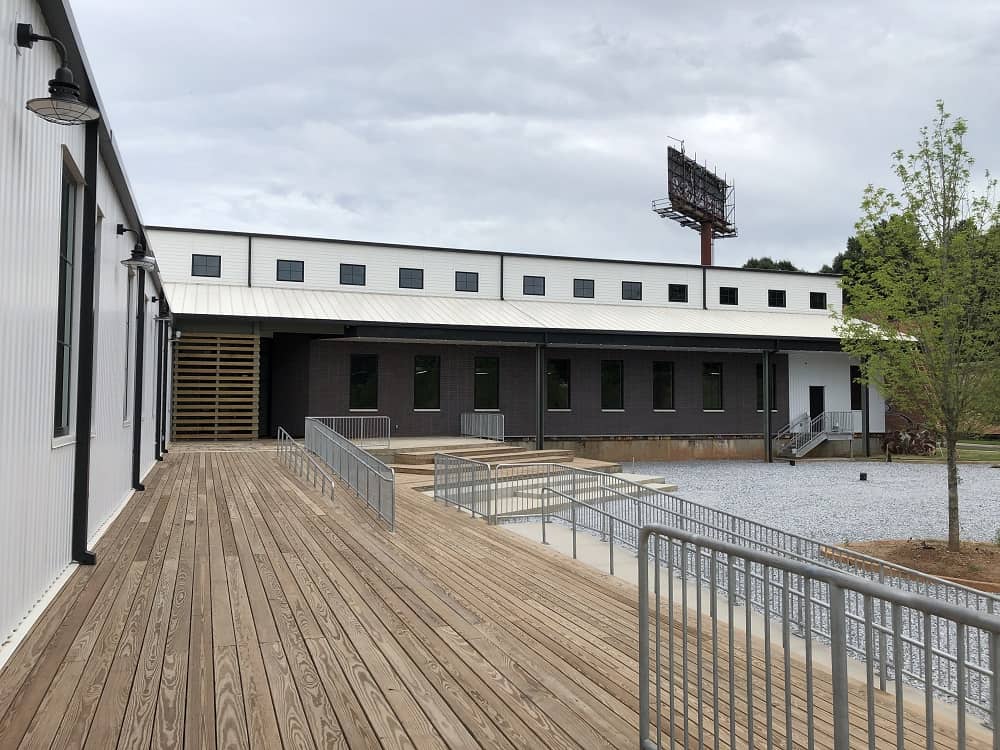 Eventually, the site could see a million square feet of developed space with mixed-uses and hundreds if not thousands of jobs, correct?

Yes, these are still our estimates.

The initial development at Pittsburgh Yards is intended to serve as a seed that will grow a flourishing campus over the coming years.

The site has incredible potential and could see more than a million square feet of developed space over the next decade with a variety of uses. The Nia Building includes five affordable apartment units fronting University Avenue, but the focus for future development is currently on job-facilitating uses that will lead to long-term generational wealth-building for local residents.

Any recent wins to speak of in terms of tenant signings, works by local artists, additional funding, etc.?

We’re very pleased with the number of small businesses in NPU-V who have expressed interest in leasing space at Pittsburgh Yards, or in joining through coworking memberships.

The types of businesses we’re attracting to private maker and office spaces inside the Nia Building and our Shipping Container Courtyard include artists, small batch manufacturers of beauty and health products, foodpreneurs, realtors, insurance agencies, bakeries and a water purification company to name a few.

Pittsburgh Yards is promoting local artists who embody the spirit of Black entrepreneurship through the installation of their unique works in the Nia Building and designated art spaces. Installation of a number of public art pieces that reflect the history of the surrounding area is underway. There is also a replica of community art by artist Fred Ajanogha that includes three bas relief panels reflecting the past, present and future of the Pittsburgh community.

For more information, visit PittsburghYards.com or fill out an online application for office and maker space within the Nia Building. Pittsburgh Yards will also host a free, socially distant expo for two Atlanta accelerator programs, Breedlove and CREATE, on Sept. 26. Registration is required, and more details are here.

note: the fields are now sodded and grassy.

Kiel Harton and Toussaint Hill join the studio to discuss the company’s use of technology for home inspections, the importance of same-day reports and the training HDMK provides.

Braselton Is The Place To Be