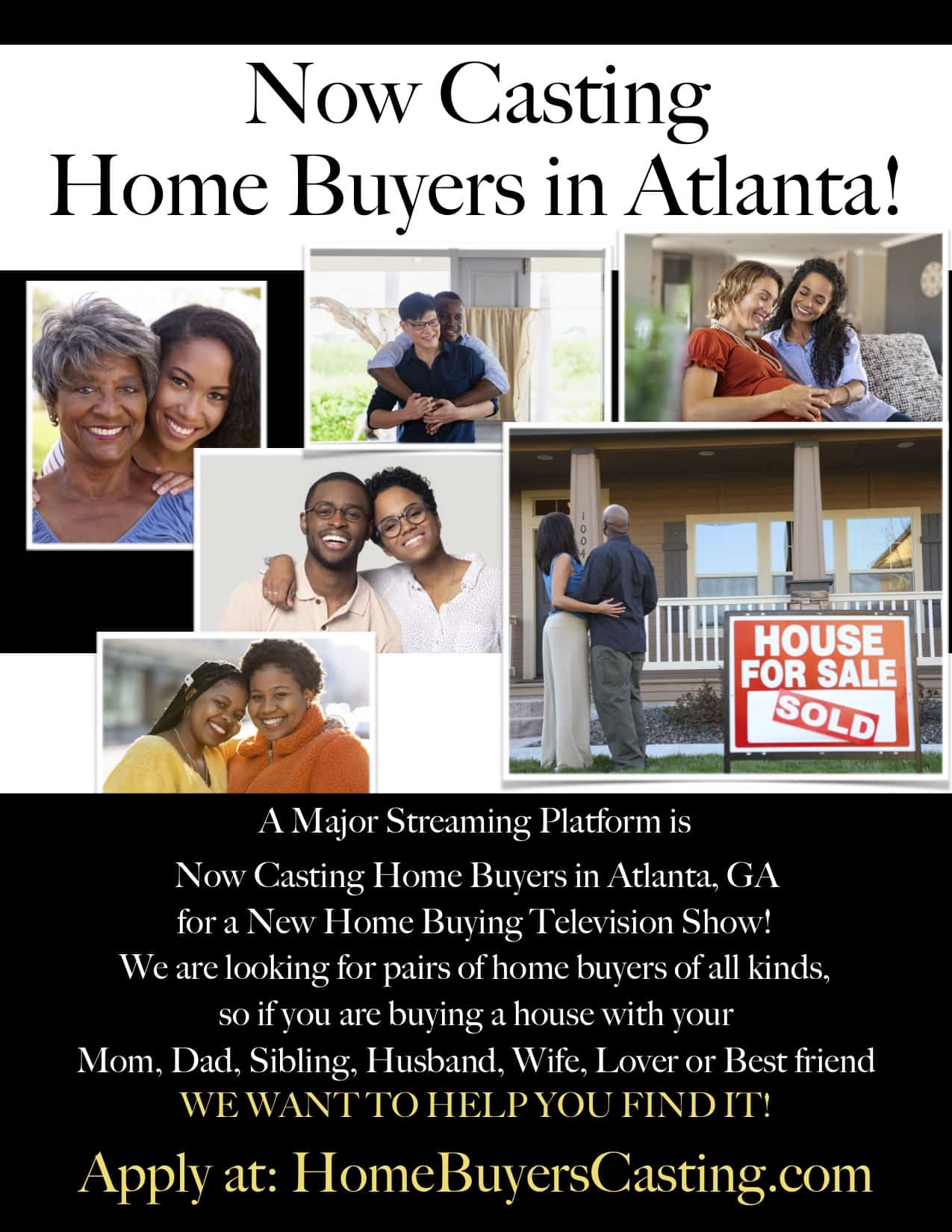 They are looking for pairs of homebuyers of all kinds, so if you are buying a house with your Mom, Dad, Singlong, Husband, Wife, Lover or Best Friend.

How Atlanta Homebuyers Can Apply

PLEASE NOTE:  YOU MUST BE AT LEAST 18 YEARS OF AGE TO APPLY.

Atlanta is a hotbed for film production. At present several reality shows are filmed in the Peach state including Lifetime’s ‘Little Women: Atlanta’, Bravo’s ‘Married to Medicine’, ‘Dish Nation’, and ‘1000 LB Sisters’.

A state tax credit was created in 2008 giving productions up to a 30 percent tax break for filming in Georgia. Now Georgia is often referred to as Hollywood South.

Big productions such as The Hunger Games, The Walking Dead and Divergent helped boost Georgia’s film industry. In fact, smaller Georgia cities (like Cartersville) are now being used as filming locations. Producers are searching and finding small towns across Georgia to film their TV shows. The small town of Senoia, Georgia has transformed since The Walking Dead set up a location in the small town.

Why Do We Love Reality TV?

Reality shows portraying ordinary people date back to Candid Camera which first aired in 1984. It is often credited as the precursor to reality TV.  For those not old enough to remember it, the show confronted unsuspecting people with unusual, funny situations and filmed with hidden cameras. Reality TV shows took off in the late 1990s and 2000s with the success of series like Survivor, American Idol and Big Brother.