Academy Mortgage, a lending company with multiple offices in the metro Atlanta area, believes that now is a great time for prospective home buyers to enter the real estate market. With the recent recession still in the back of everyone’s mind, it’s only natural that some fears still remain about entering the housing market.

Because of these fears, there are many myths regarding home buying that are still at the forefront of many buyers’ thoughts; however, Freddie Mac aims to dispel these discouraging rumors. A recent Freddie Mac report shows that a new shift is occurring. While refinancing dominated the market in 2013, home sales have increased in 2014, meaning that an increased number of buyers are entering the market and once again requesting home loans.

Buyers shouldn’t allow these myths to discourage them from making the move to their new home:

Homeownership is too expensive.

A home is likely the most expensive purchase an individual will ever make, but it doesn’t mean that homes aren’t affordable. In the current market, many buyers are able to put less money down on a home, especially if they have a good credit score.

Government-sponsored enterprise (GSE) reform could cause mortgage rates to go up.

A report from the Wall Street Journal recently revealed that if GSEs Fannie Mae and Freddie Mac are reformed, they will likely be met with increased conventional mortgage rates. Thankfully, the estimates for the rate increases are relatively low. With interest rates currently at historic lows, a slight increase wouldn’t make homes unaffordable for most buyers.

Many consumers are worried that they don’t earn enough money to pay for all of the expenses that come with being a homeowner. What many prospective buyers don’t realize is that, as a Freddie Mac report recently revealed, home buying is still cheaper than renting in all of the 100 metropolitan areas surveyed.

Credit standards are too stringent.

Because the housing market crisis of 2008 forced lenders to reassess who they give loans to, many people have the notion that their credit has to be perfect to qualify for a new home loan. However, this is not true, as buyers with a few blemishes on their credit history will most likely be surprised by the many options available to them when they attempt to qualify for a new home loan.

While mortgage rates have been at recent lows throughout the last few years, many buyers feel as if they have already missed out on purchasing a home at the best time. With rates still low, conditions are great for home buyers to enter the market.

If you are ready to begin your new home search in metro Atlanta, contact Academy Mortgage to learn more about qualifying for a home loan by calling 404-713-8662 or visit www.AcademyMortgage.com. 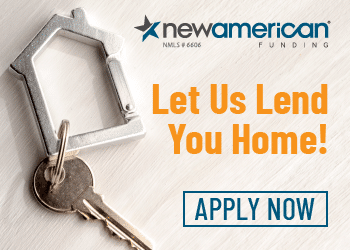 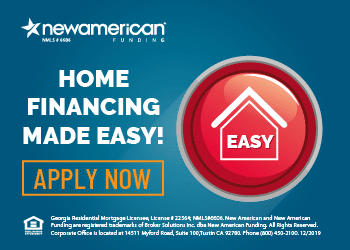