What $400K (or less) buys around the Atlanta Perimeter now 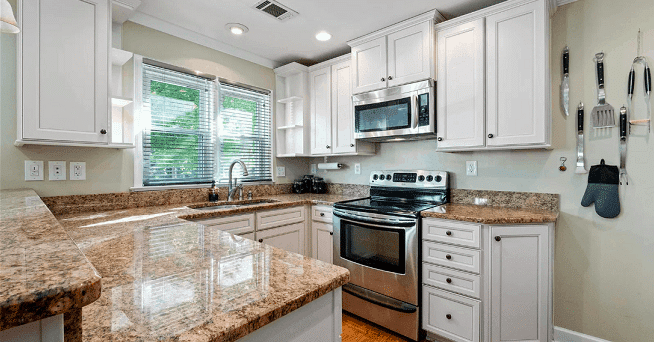 There’s more to Atlanta’s residential real estate classifications than the famous (or infamous) dividing line that is the Interstate 285 loop. Traditionally, the Atlanta Perimeter has been the demarcation point, generally speaking, between ITP convenience, walkability, and cool, versus OTP affordability, roominess, and strong public schools. But what about those addresses that can offer the best of both worlds—what’s been called ATP, or “At The Perimeter,” by some proponents?

ATP buying options, so to speak, span from Tucker and Stone Mountain, around to Vinings, down to Greenbriar and Forest Park, and many points beyond. For this exercise, we wondered what between $350,000 and $400,000 might buy in disparate places along the Perimeter, within a couple minutes of the interstate. Why that price point? In recent years, it’s represented a sweet spot for buyers of popular, older ITP bungalows in hot neighborhoods from West End to East Lake. And it’s still a number that’ll fetch a roomy, turnkey, four-bedroom house in more distant suburbs, such as Buford, Dallas, and Peachtree City.

So what’s the ATP middle ground have to offer? Let’s see.

A recently reduced (but cute) ranch, just ITP in Chamblee 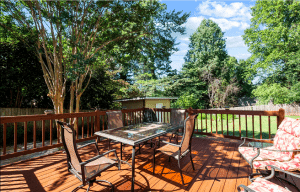 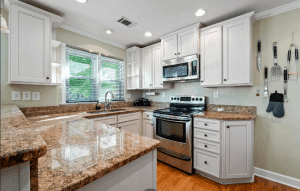 Set on a deep, manicured lot in the shadow of I-285’s junction with Peachtree Boulevard, this 1950s ranch has been thoroughly spruced up with a master wing tacked on. Find it in the Huntley Hills section of Chamblee, a tightknit, 800-home neighborhood with an eponymous elementary school and lovely communal park linked by bike lanes to other areas. A highpoint of the house is found around back with a tiered deck that overlooks a roomy, relatively flat yard. The price was recently trimmed by $15,000, and it’s worth noting that an HOA fee isn’t required, but joining the neighborhood’s swim and tennis club is a fee-based option—one that’s not exactly common ITP.

The roomiest townhome for the price in Sandy Springs 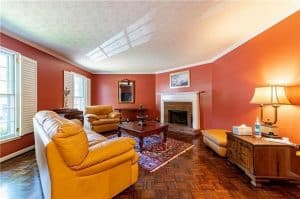 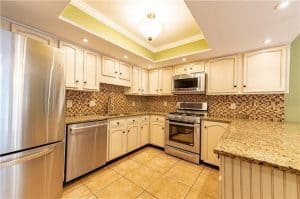 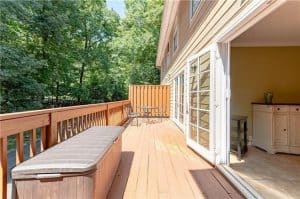 Tucked in a leafy pocket of Perimeter Center, near the ongoing development around Perimeter Mall and the Atlanta Perimeter, this townhouse in a 49-unit complex just might be the most attractive option for the price north of 2,000 square feet, though cosmetic updates could be in order. It’s marketed as being work-from-home friendly, and among the “smartest” living options in the region, with its Nest thermostats and doorbell, shower speakers, and spiffy garage equipped with parking sensors and keypad entry. The bold paint scheme in some rooms might not agree with all townhome-seekers, but the surprise home theater with an in-wall speaker system probably will. It listed at $350,000—plus $410 in monthly HOA fees—in early September and has remained there since. Bonus points for walkability to MARTA, eats, and shopping. 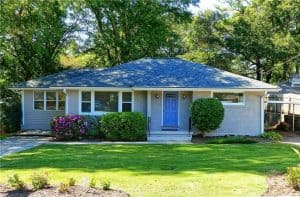 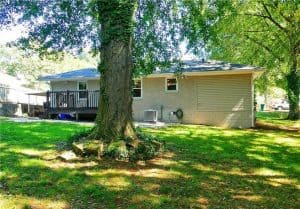 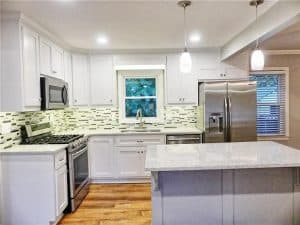 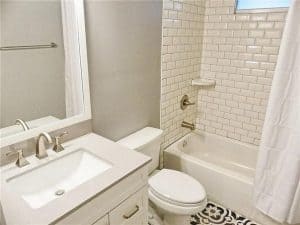 With a setting described as “very tranquil and secluded,” yet a stone’s throw from The Battery and Cumberland Mall, this revised ranch from the 1950s is found in a just-OTP neighborhood called Smyrna Heights. With a hair over 1,300 square feet, it’s the smallest on this list by a considerable margin, but it manages to offer three bedrooms, a functional and fenced backyard, and two driveways for those awkwardly spaced-out curbside socials with neighbors. The recent remodel is called “perfection,” having brought quartz and marble countertops, custom cabinetry, and a more open layout. The mixed-use hub that is Smyrna Market Village stands less than a mile away, making it certainly bikeable and maybe walkable from the house, depending on one’s tolerance for walking. 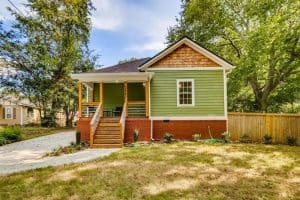 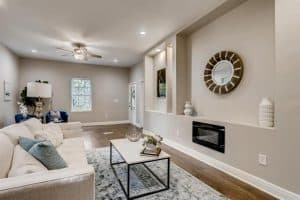 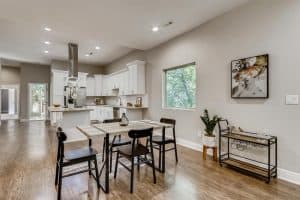 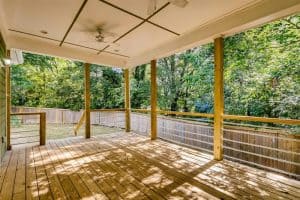 Due west of Midtown, wedged beside the Atlanta Perimeter and historic Whittier Mill Village, this drastically renovated and expanded Craftsman-style bungalow from the 1930s is the largest option in this ATP compendium by far (2,564 square feet), and the only to offer a fourth bedroom. It’s on a tiny lane called Pete Street, which is just as tucked-away and unassuming as it sounds. The modernized interior is certainly roomy, the kitchen includes a centralized range hood, and the master bedroom (and especially the shower) could be described as vast. The primo, covered back deck with ceiling fans helps atone for the lack of covered parking, though a backyard this spacious could ostensibly fit a garage just fine, one day. Collectively, the listing describes this package as having “the price tag for a first-time homebuyer, but the quality and luxury of a forever home.” The area doesn’t qualify as walkable, but it’s a lot of bang for the (barely) ITP buck.

Which of these homes at the Atlanta Perimeter is your favorite?