Watch Out, Atlanta! THE GRINCH is Coming to Steal Christmas 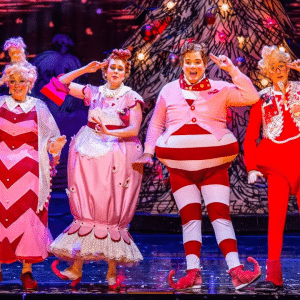 Coming this season to Fifth Third Bank Broadway in Atlanta, Dr. Seuss’ How The Grinch Stole Christmas! The Musical will be in residence for 10 shows from December 7 to 12, 2021 as a stunning feature of the 40th Anniversary Season. Recognized by The New York Times as “100 times better than any bedtime story,” THE GRINCH is sure to be a magical, musical stop to this season’s lineup.

Already a hallmark of the holiday season, THE GRINCH broke box office numbers at record speed during its holiday residencies at the Hilton and St. James theatres in New York. More than 1.2 million musical lovers across the nation reveled in the reimagined story, stunning musical numbers and more.

The Gannett papers applauded the production by saying, “A genius of a show! A total delight for both kids and adults.”

Discover the classic cartoon come to life with hallmark songs like “You’re A Mean One, Mr. Grinch” and “Welcome Christmas.” Max, THE GRINCH’s trusted sidekick, narrates the mean and scheming actions of his owner while he attempts to steal Christmas from the Whos in Whoville. 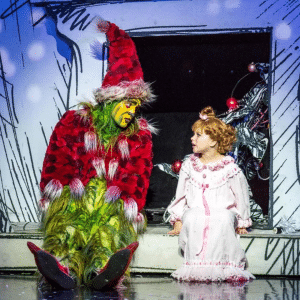 The innovative set designs by John Lee Beatty and costumes created by Robert Morgan take inspiration from the well-loved story to launch it into the 21st century. Dr. Seuss’ original material paired with the music and book by Mel Marvin and Timothy Mason reimagines and transforms the story. The production, directed by Matt August features choreography led by Bob Richard who draws inspiration from John DeLuca’s original choreography and three-time Tony Award® winner Jack O’Brien.

Select tickets at each show are locked at a $40 price point to celebrate this year’s anniversary 40th run. For more information about Dr. Seuss’ How The Grinch Stole Christmas! The Musical and to buy tickets, call 855-285-8499 or visit the Fox Theatre website. For additional information about the production and journey to the stage, visit the musical’s main website.

Atlanta Real Estate Forum stays up to date on the latest comings and goings of the metro area. Stay updated on this season’s events to celebrate this magical holiday season!

Kay Cantrell with Cantrell Properties joins the studio as the sixth Legends of Real Estate guest to dive into her vibrant history in the homebuilding industry.

Kay Cantrell Remarks on Facilitating, Pioneering in the Atlanta Market

The Cottages at Southampton Now Leasing in Hampton