“It’s like this little Portuguese village” just south of downtown

Chace Spears, a Realtor with Compass, points in all directions to evidence that developer Carter’s remake of Summerhill near what used to be Turner Field is progressing: About 300 new Class-A apartments called 565 Hank are rising; a long-rumored Publix with ancillary retail has been inked for a weedy parking lot across the street from there; and just to the south, the bustle of new eating and drinking options (albeit socially distanced) has returned more noticeably in recent weeks to Georgia Avenue, a formerly moribund row of empty buildings.

“It’s like this little Portuguese or European village that you’re walking into,” says Spears, part of Summerhill’s sales team.

All told, the townhouse component is expected to include 100 new homes, starting from the high $200,000s, across four city blocks. They’re tucked off Georgia Avenue, where Hero Doughnuts & Buns and Hotdog Pete’s have joined the likes of retail frontrunners Wood’s Chapel BBQ and Halfway Crooks Beer. Expect three separate phases with more than a dozen floorplans to choose from. As part of the last phase, a new street will be installed to connect with Hank Aaron Drive.

As of late August, Spears says nine units have been finished, with four of those occupied by owners and two others expected to close soon. Thirteen more townhomes are in various stages of construction, and three of those have contracts, though an onsite sales center and model was still weeks away from opening.

“We’re just doing by-appointment-only now, but we’ll be onsite in the next two or three weeks. Once we have a presence down there, we’ll get back to preselling as we normally do,” Spears notes. “Georgia Avenue has been really hustling and bustling again the last few weeks, and we’ve noticed a pick-up in phone calls from that again as well.”

Each Summerhill offering is two or three stories—even the smallest townhome, a one-bedroom, one-bathroom option that costs $299,000 for about 750 square feet. 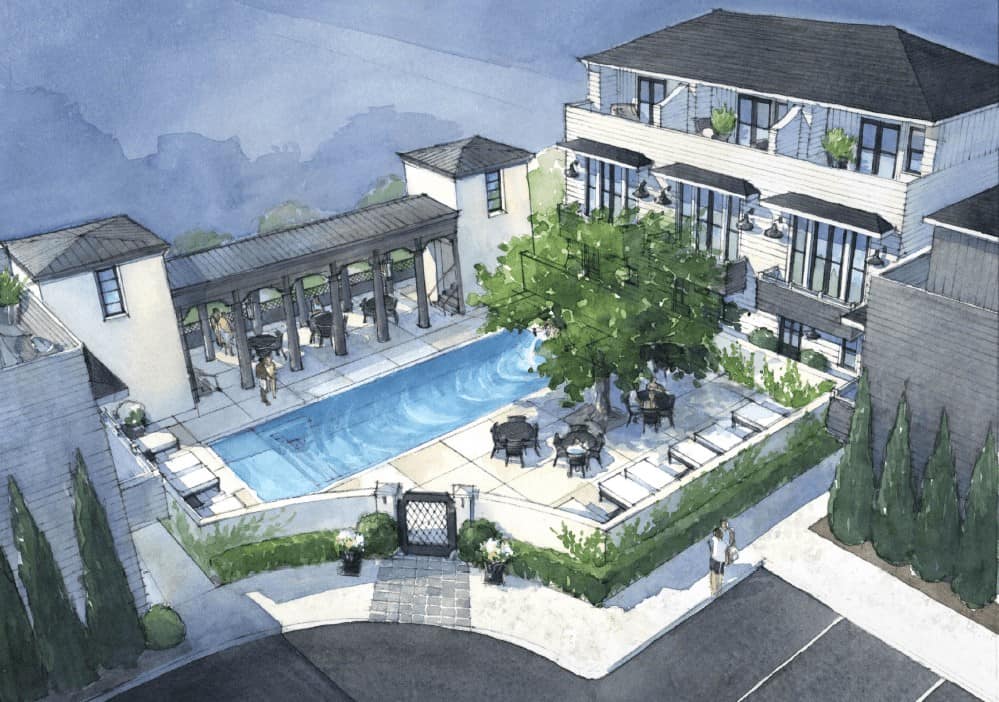 The priciest option to date is a three-bedroom of 1,732 square feet (above a two-car garage) asking $611,300, though four-bedrooms are available for cheaper. Beyond distinctive architecture, perks include rooftop decks with some units, a multitude of porches, and private gardens maintained by a gardening pro. A planned pool with cabanas, part of the second phase, is expected to deliver in a year or so.

“We’re going to be coming out with a lot of new [floorplans] as we build there,” says Spears. “Architecturally, it will flow throughout all three phases.”

With Summerhill development, “It’s not a question of if it’s going to happen—it’s, ‘When’s it going to be finished,’ because it’s already under construction,” says Spears. “There are just a lot of things going on.”