A worldwide musical phenomenon, Jesus Christ Superstar is coming to Atlanta after a critically acclaimed run in the United Kingdom. The reimagined 50th-anniversary tour includes performances at the Fox Theatre in Atlanta from April 19 to 24, 2022 during the 40th anniversary Broadway in Atlanta season. Set during the final weeks of the life of Jesus Christ as seen through the eyes of Judas, the legendary[...]

The Tony award®-winning musical comedy Tootsie is the latest installment in Fifth Third Bank Broadway in Atlanta’s 40th anniversary season. From January 25 to 30, the award-winning comedy musical will perform a limited one-week engagement at the Fox Theatre in Atlanta. Authored by Don McGuire and Larry Gelbart and based on the Colombia Motion Picture hit starring Dustin Hoffman, Tootsie tells the story of Michael[...]

From Pulitzer Prize-winners Jerry Bock and Sheldon Harnick and Tony-winner Joseph Stein, Fifth Third Bank Broadway in Atlanta proudly presents the Tony Award®-nominated Broadway revival of Fiddler on the Roof. From November 9 to 14, the renowned classic in the theater industry takes up residency at the Fox Theatre during Broadway in Atlanta’s 40th-anniversary run. Tony-Award® winner and Director Bartlett Sher's impressive resume[...]

Watch Out, Atlanta! THE GRINCH is Coming to Steal Christmas

Coming this season to Fifth Third Bank Broadway in Atlanta, Dr. Seuss’ How The Grinch Stole Christmas! The Musical will be in residence for 10 shows from December 7 to 12, 2021 as a stunning feature of the 40th Anniversary Season. Recognized by The New York Times as “100 times better than any bedtime story,” THE GRINCH is sure to be a magical, musical[...]

Bringing Broadway Back to Atlanta with Russ Belin

Russ Belin, vice president of the Southeast region for Broadway Across America, joins the Atlanta Real Estate Forum podcast to discuss the pandemic's effects on the theater industry and this year’s exciting season at the Fabulous Fox Theatre. Belin joins hosts Carol Morgan and Todd Schnick for the Around Atlanta segment. Celebrating 40 years in the peach state, Broadway Across America[...]

Broadway in Atlanta to Kick Off its Biggest Season Yet 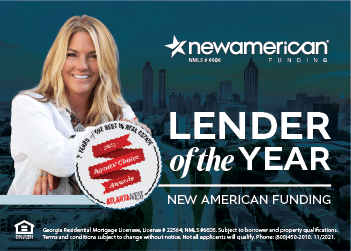