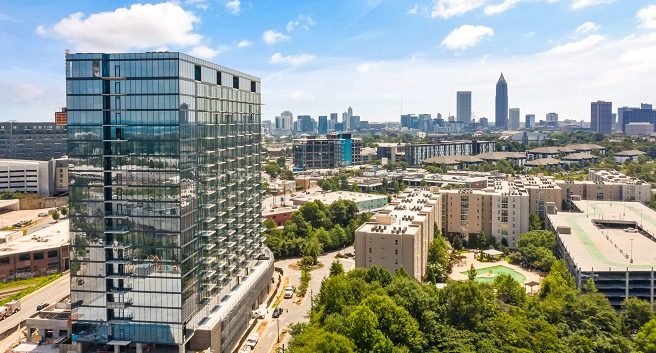 Homeowner Sam Sessions made an early commitment to Seven88 West Midtown; he was just the third buyer post-groundbreaking to sign a contract on a home at the Atlanta high rise. He began his search online from Los Angeles, his home at the time, then visited the Sales Gallery once in Atlanta. Despite the area being up-and-coming at the time and the building site being little more than dirt, Sessions decided to take a chance with Seven88 West Midtown.

After taking virtual tours of multiple units, Sessions chose the C-1 plan, a three-bedroom condo with a unique corner layout. Sessions appreciated the fantastic view afforded by a corner unit – one side of his home faces toward Midtown, providing a beautiful city view, and one faces north, so he enjoys seeing trees stretching endlessly toward the foothills of the Appalachians.

Other features that stood out to him about the C-1 plan included the sheer amount of space in this three-bedroom home. The number of bedrooms allowed him to use one room as a library to house his extensive book collection, while the abundance of walk-in closet space was an added benefit. The tall ceilings and unique angles throughout the home also appealed to Sessions’ love of architecture, saying, “I appreciate having an apartment or condo-style home that isn’t just a square box.” 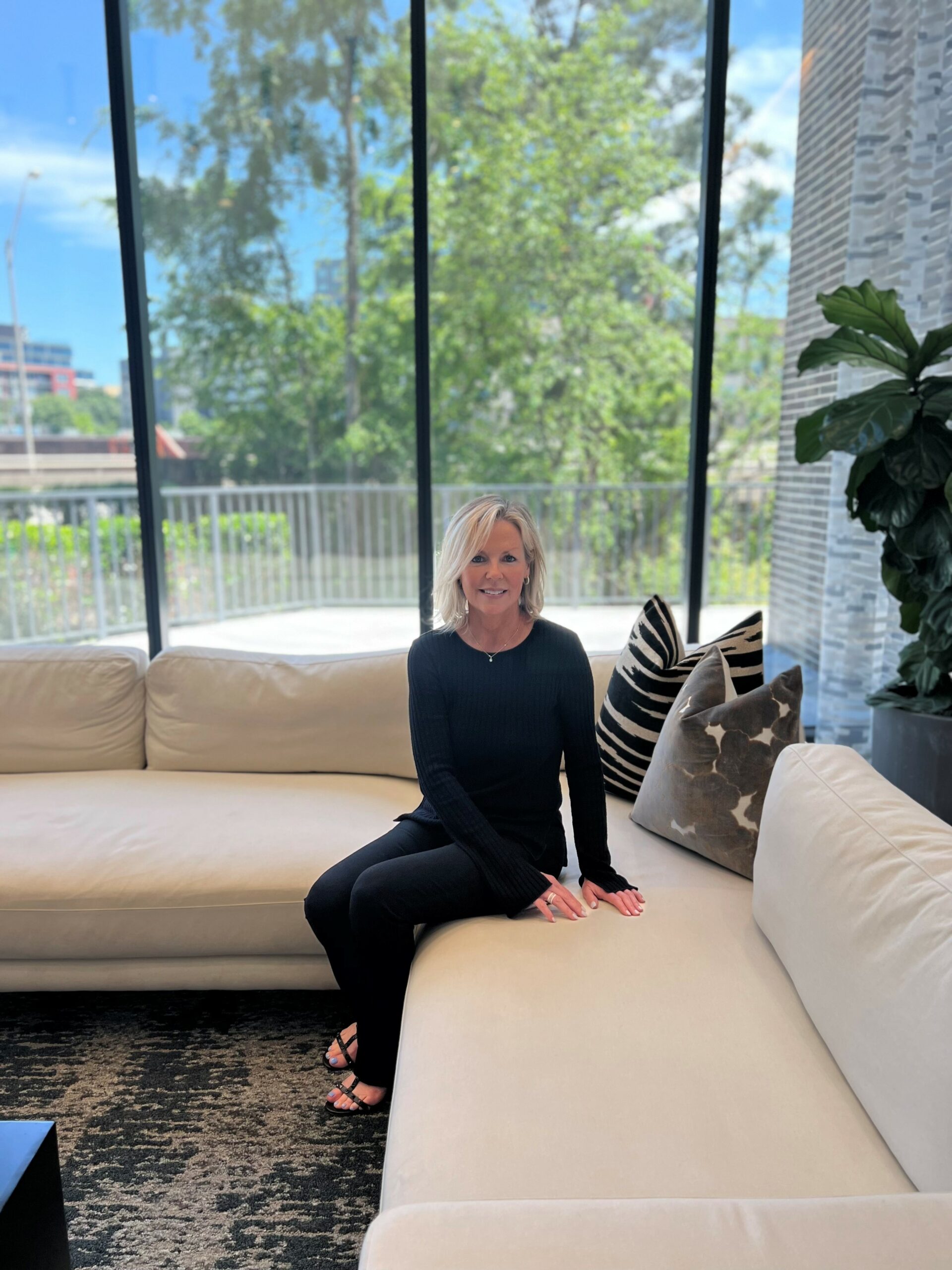 Like Sessions, homeowner Virginia Avisto began her search for a new home online with the help of her Realtor, Stacey Elgin. Avisto was looking for a one-bedroom, new construction condo in Atlanta proper with access to covered parking. She visited the Sales Gallery and felt it was well done and created excitement, which was part of what convinced her to commit to Seven88 West Midtown as the building was breaking ground.

Avisto chose floor plan A-2, citing the condo location’s spectacular view and perfect layout as the two items that convinced her to choose her plan and place on the 16th floor.

Avisto and Sessions raved about the building’s unique architectural features, fresh, contemporary design, and the amenity-rich lifestyle homeowners enjoy. For Sessions, the 24-hour concierge team was a big selling point.

“To date, everyone who works in the building has been extremely nice and courteous. I would even consider them to be friends. They’ve worked to create a nice culture here and it adds a lot to the experience,” Sessions said. “The front desk staff is very professional, going beyond the call of duty when needed. I’ve felt comfortable calling and asking them to handle mail and packages for me while traveling, among other things, and they’ve always been accommodating and kind.”

The location at W. Marietta Street in the heart of West Midtown was another big selling point for both homeowners.

“The location attracted me because of how hot the West Midtown area is overall, with plenty of existing restaurants and new developments in the works,” said Avisto. “West Midtown is only going to become a more interesting place to be in the coming years.”

Sessions mirrored Avisto’s sentiments, saying, “West Midtown seems to be the hottest area of Atlanta right now. There are tons of restaurants around, with more coming, and the area is incredibly walkable, so I don’t have to deal with traffic. The location also still allows me to access Midtown on foot without having to actually live there. I enjoy Midtown but didn’t want to live there because of traffic and the lack of views from the homes there because of all the high-rise construction. At Seven88, I have a fantastic view with little chance of it being obstructed thanks to its unique location.”

When asked if they’d recommend Seven88 West Midtown to friends or family, both Sessions and Avisto answered absolutely. From the stunning finishes to the friendly neighbors and the fact that Seven88 is the only condo of its kind in West Midtown, both homeowners have nothing but positive things to say about their new homes.

Kay Cantrell with Cantrell Properties joins the studio as the sixth Legends of Real Estate guest to dive into her vibrant history in the homebuilding industry.

The Cottages at Loganville: Now Leasing