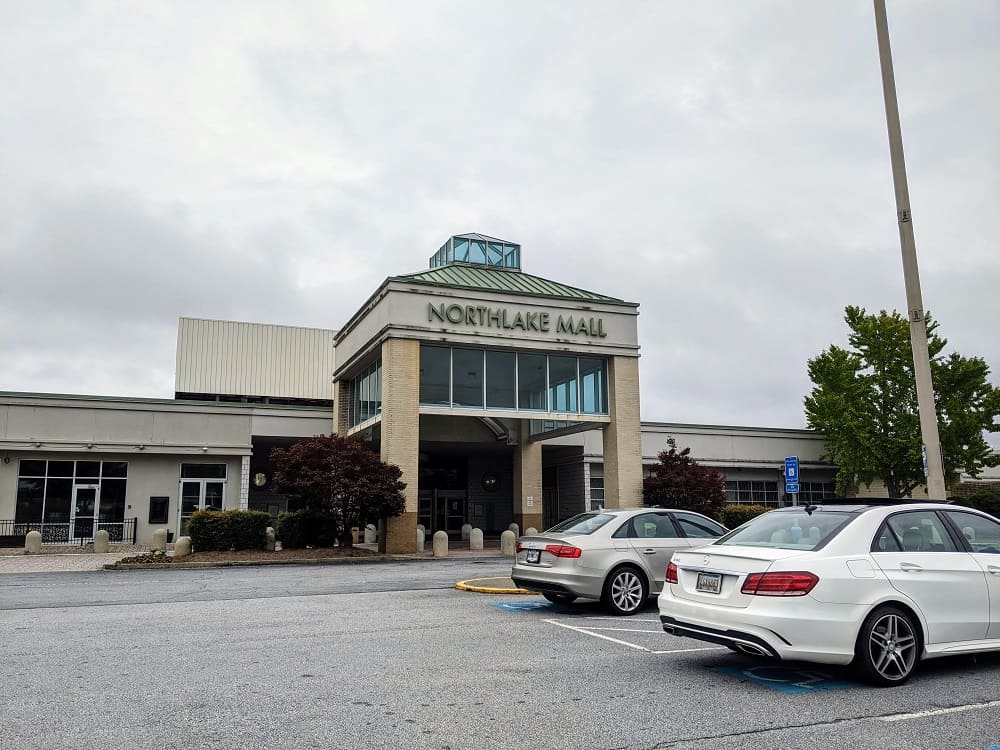 In the world of retail leasing, restaurant development, and shopping mall repurposing, October 2019 seems like a few decades ago. As such, a year after its splashy announcement, Northlake Mall’s rebirth has stalled, but the beleaguered property’s owners remain hopeful

That’s when Texas-based ATR Corinth Partners announced a deal they hoped would kickstart the salvation of Northlake Mall, a former regional attraction wedged between Briarcliff Road and Interstate 285 in Tucker, not far from Spaghetti Junction. Northlake, like former rival North DeKalb Mall, Southlake Mall in Morrow, Gwinnett Place Mall, and hundreds of other drive-to, enclosed shopping centers across the nation, has struggled to retain tenants and a sense of vibrancy. As Forbes recently put it, the mall was “once the darling of its neighborhood,” also called Northlake, but “has been on life support for years.” 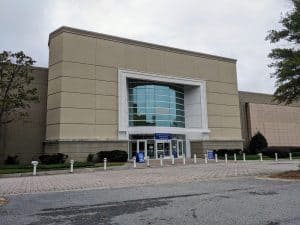 But the tides of reinvestment, as Northlake’s owners outlined a year ago, appeared to be turning in the mall’s favor. Emory Healthcare had just inked a sizable lease—224,000 square feet, consuming former Sears and Kohl’s anchor stores, a fourth of the entire mall—with promises of a creative solution to ailing-mall blues. As the new Northlake anchor, Emory’s plans called for centralizing 1,600 employees in medical offices. It would be an injection of life and momentum toward what ATR Corinth Partners envisioned as a sleek new mixed-use hub, buoyed by a MARTA bus link and easy interstate access.

A year later, however, Emory is operating a COVID-19 test center where people used to buy Dockers and Burberry cologne at Kohl’s. Full construction hasn’t launched. But that, according to Northlake’s owners, will soon change, and reasons to be optimistic about a Northlake redo—despite the lingering pandemic and loss of another anchor tenant—haven’t gone completely extinct.

“We are moving forward,” Tony Ruggeri, a partner with ATR Corinth Partners, said in a phone interview this week. “We’ve actually started the beginnings of the Emory Health buildout, and we’ll probably start some of the preliminary setup stuff in earnest over the next week or so. That is full-steam ahead. As far as the rest of the project—you know, the world went on hold for the past six or seven months.” 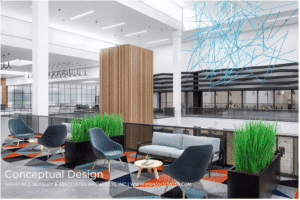 Emory’s plans called for corporate administrative services to be housed in the former Kohl’s (closed in 2016, the year ATR Corinth Partners bought the mall) and Sears (shuttered in 2018), with further expansions possible across the 1-million-square-foot property. How many employees Emory still plans to place at Northlake isn’t known; media reps didn’t reply to a request for comment this week. Renderings by Wakefield Beasley and Associates Architects, as published widely by Atlanta media, promised a modern redo of interior spaces and a full exterior corner of the mall.

“It’s what we still have in mind,” Ruggeri said of the design. “There have been some design changes, but it’ll be every bit, in our opinion, as modern and clean and nice-looking. We’re not quite ready to release those renderings at this point, but I suspect it won’t be much longer before we go ahead and make an announcement on all that.” 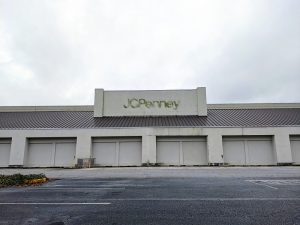 Northlake lost one of two remaining anchors, JCPenny, this past summer, as part of the company’s nationwide shuttering of more than 130 locations. That store’s windowless façade bears the scar of its former signage, and its parking lot the curlicues of daredevil drivers’ burned rubber. But during a weekday afternoon visit to Northlake this week, the lone anchor holdout Macy’s appeared relatively busy, with dozens of cars parked around its entrances. Inside, the mall’s retail slots are a jack-o’-lantern’s grin of dark spaces behind gates and about 40 active businesses. Those include Champs Sports, GNC, Kay’s Jewelers, Journey’s, Great American Cookies, and a number of boutiques offering everything from Cinderella-style bridal gowns to collectible stamps and martial arts training. In the large, glass-roofed “Food Garden,” just two eateries were active.

“We’ve been working on a lot of things” on the retail front, said Ruggeri. “Things are starting to—I wouldn’t say loosen up, but we’re having conversations now where two months ago there was no conversation.

“There are some specific restaurants looking at second-generation space—not necessarily at Northlake, just in general,” he said. “There are some restaurant deals happening in the market, but really relatively few, when you consider how many deals were being done in January. We’ve got conversations going, so the plan is fundamentally the same.”

That overarching plan, Ruggeri said, still calls for a mixed-use redevelopment of Northlake with a heavy dose of offices. Retail and restaurants would feed off that.

The Northlake Mall grand opening was held in the shopping mall heyday of the early 1970s, and a visitor back then would find largely the same place as stands today.

“There really hasn’t been, to my knowledge, a major renovation,” said Ruggeri. “The last thing that was done was the old Parisian Department Store chain built an addition on front, which eventually became Kohl’s. But that was a long time ago.”