Home to many phenomenal educational institutions in and outside the metro area, Atlanta boasts fantastic neighborhoods for students wishing to remain Intown. A hot housing market mixed with a renowned culture and bustling economy, the capital of the Peach State attracts students and graduates from across the world. But entering the Atlanta homebuying and renting market can be overwhelming, especially for those unfamiliar with the area. Home to 242 distinct neighborhoods, each corner of the city comes with a unique culture and set of amenities.

A lively location for students and recent graduates alike, downtown Atlanta is near several top tourist attractions, such as the Georgia Aquarium and Centennial Olympic Park. Other downtown features include Georgia State University, The Tabernacle, Pemberton Place, the World of Coca-Cola Museum, Oakland Cemetery and more!

A district that continues to rise in popularity, Atlantic Station experienced a population boom with a rise in residential construction in the past decade. From apartments to condominiums and townhomes, Atlantic Station is perfect for students! Located on the northwestern edge of Midtown, Atlantic Station offers its residents fantastic access to an expansive retail and restaurant district. Additional nearby attractions include the Millennium Gate Museum and the High Museum of Art, all within walking distance.

A diverse district enjoyed by visitors and locals alike, Midtown Atlanta features a varied catalog of homes, from old Victorian residences to sparkling modern condominiums. This continues to be the most popular Atlanta neighborhood to visit and call home due to its packed schedule of annual festivals as well as access to the Midtown Mile, a stretch of one-of-a-kind boutiques and restaurants. Other local attractions include Piedmont Park, the Varsity, Atlanta Symphony Orchestra, Atlanta Botanical Garden, High Museum of Art and Georgia Tech University.

The average rent is $1,895 per month in Midtown Atlanta.

The Atlanta capital of luxury, Buckhead serves as a hub for several major financial and commercial companies. Situated north of Midtown and Atlantic Station, the neighborhood features an urban area surrounded by a suburban ring, a unique layout. Buckhead is a historically upscale city, home to major shopping destinations, such as Phipps Plaza and Lennox Mall. Locally renowned businesses include the Havana Club, King + Duke restaurant and Moondogs.

In one of Atlanta’s trendier neighborhoods, renters pay around $2,064 to live in the “Beverly Hills” of the metro area.

Local amenities include the Westside Cultural Center and the Atlanta Botanical Garden. Rental opportunities in West Midtown average at $1,628 monthly.

Referred to as O4W by residents, Old Fourth Ward is one of the oldest sections of the city and has experienced incredible growth in the past two decades. Formerly an industrial center, this Atlanta neighborhood is connected to downtown Atlanta and Inman Park through Edgewood Avenue, a trendy bar and restaurant district. Local eclectic hangouts popular with residents and visitors include Sister Louisa’s Church of the Living Room and Ping Pong Emporium and Café Circa.

Perhaps one of the area’s most popular features is Ponce City Market! The former 1920s Sears, Roebuck and Co. building is a trendy market that features indie fashion shops, a rooftop area, one-of-a-kind eateries and shops with direct access to the BeltLine.

The average rent for Old Fourth Ward is $1,797 per month.

Located on the east side of Atlanta, Cabbagetown gained its name from the large amount of cabbage cooked in the area when its population mainly consisted of Irish and Scottish mill workers in the late 1880s. Previously, Cabbagetown was popular with students interested in Intown living and searching for lower rental costs. However, due to the recent housing inferno, this neighborhood is no longer as affordable as it used to be.

The average rent for Cabbagetown is $2,050 monthly.

Atlanta’s first-planned suburb recently gained popularity when the Eastside Beltline was completed, linking the neighborhood to nightlife, restaurants and shops. The Krog Street Market is housed in the heart of Inman Park and offers residents and visitors an assortment of artisan baked goods and locally grown produce alongside popular restaurants and retailers.

Locals enjoy amenities such as Springvale Park, and Fritti and Wisteria are just two popular restaurants among many others in the area.

The average rent for this part of Atlanta is $1,998 per month.

For more information about the current housing inferno and how to navigate the Atlanta housing market, visit www.AtlantaRealEstateForum.com! Stay in the know about brand-new communities, industry news and real estate giants by subscribing to our newsletter. 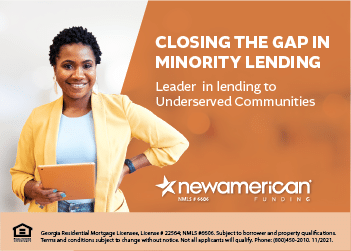