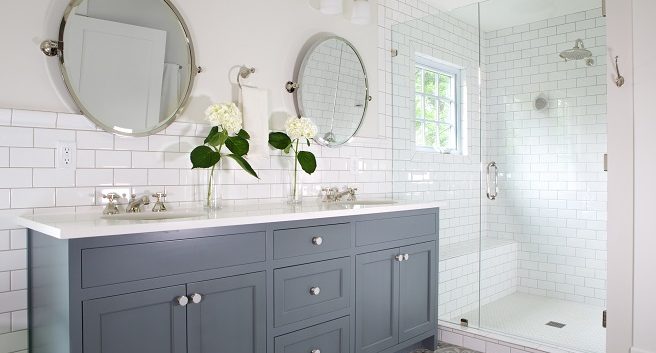 Atlanta Real Estate Forum congratulates Copper Sky Renovations for winning a Gold OBIE in Remodeling category for an Oakhurst bungalow remodel where they added on to the home. Presented by the Atlanta Sales and Marketing Council, the OBIE Awards are the premier awards given in the Atlanta new home construction industry to remodelers, builders and developers.

This was originally a one-story 1920’s bungalow in the historic Oakhurst district. The house had a huge attic that was ripe for expansion. The clients already had two kids and were pregnant with their third child so they were in need of additional space in their house. The original roof on the house was a clay tile roof. The renovations team had to take extra care in removing all of the tile on the roof and neatly stack it to be reinstalled on the new roofline. Copper Sky was able to keep the appearance of the front of the house unchanged. However, they rebuilt the rear roofline with a sharper pitch and with dormers to provide the required space for the clients. Once the roof was rebuilt, they reinstalled the existing clay tile so that it appeared that the new roofline was always there.

With the second floor addition, Copper Sky was able to add two kids’ bedrooms, a nursery, laundry, playroom, master bedroom, master closet, and master bathroom. In addition, the team was also able to get a balcony off of the master bedroom. This was a huge amount of additional space for the clients which allowed for their family expansion.

The inside was finished out with oak hardwoods. The door casings, window casings, base moldings, and crown matched the original trim in the house. The goal when Copper Sky does an addition is that you cannot tell it is an addition but appears to be original to the existing house. It is a seamless transition from old space to new space. They accomplish this by mimicking the finishes in the old part, including installing a 100-year-old antique window in the small gable in the playroom in the new space so that it also looks old.

Keeping a portion of the existing roofline allowed the Copper Sky team to create neat little nooks and ceiling angles in the bedrooms and playrooms. This provides a more interesting aesthetic that is in line with a traditional bungalow.

The kids’ rooms were accented with a colored wall to make the room pop. This provided a whimsical and playful look in their rooms that’s appropriate for your kids.

The master bathroom was trimmed out with period-appropriate subway tile and a more playful decorative tile on the floors. Also included is a spacious shower and stand-alone tub. The kids’ bathroom was finished out with two pedestal sinks instead of a large vanity for budget reasons. This allowed the clients to put a piece of furniture in between for storage.

Overall, the client received a massive amount of additional square footage that ties in beautifully with their original house.

For more information on remodeling your home or this Oakhurst bungalow remodel, visit www.copperskyrenovations.com or call 404-931-7419.