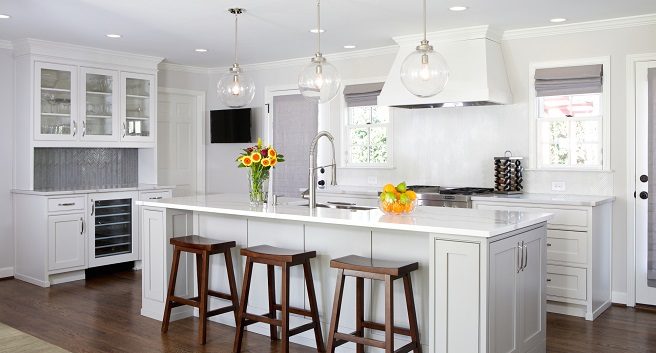 Atlanta Real Estate Forum congratulates Copper Sky Renovations for winning a Gold OBIE in the Kitchen over $50,000 remodeling category for a 1970s kitchen remodel it completed in a home in Dunwoody. Presented by the Atlanta Sales and Marketing Council, the OBIE Awards are the premier awards given to Atlanta remodelers and home builders in the Atlanta new home construction industry.

This kitchen was still in its original state from the 1970s, so it felt extremely dated with the style. In addition, the wall separating the dining room and kitchen silo’ed the rooms to where the occupant felt disconnected when in separate rooms. The idea was to update the look to a more modern and current look. Also, Copper Sky removed the wall separating the dining room from kitchen to open it up into one larger room.

The existing kitchen was completely demo’ed, and the dated bay window at the rear of the house was removed. This allowed Copper Sky to install shaker-style inset cabinetry. The backsplash tile is a funky iridescent glass tile which adds a nice accent to the kitchen, and a quartzite countertop was installed that mimics the look of marble but with better durability and stain prevention. The hood matched the cabinets with the same cabinetry material.

The challenge with this project was eliminating the load bearing wall separating the kitchen and dining room. With a complete finished second floor, there was quite a bit of load on the wall and had to be sized accordingly by an engineer. The renovation team also had to be careful of not allowing any of the finished area above to move significantly while installing the beam. Another challenge was framing in the bay window and installing brick to match the existing 50-year-old brick.

In all, the kitchen and dining room area turned out amazing. The clients are thrilled with their updated space. Copper Sky Renovations turned their kitchen space from an extremely dated sectioned off kitchen to a show piece that is open to the rest of the house!

For more information about this 1970s kitchen remodel or the work Copper Sky Renovations does, visit www.copperskyrenovations.com or call 404-931-7419. 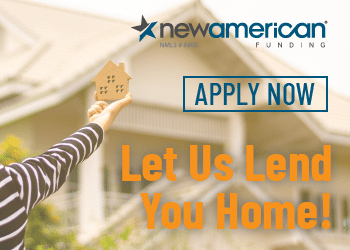