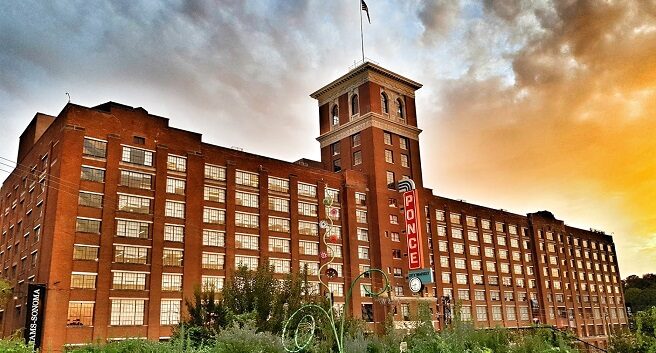 Live-work-play (LWP) buildings offer access to residential areas, office & coworking spaces, as well as retail and entertainment under one roof, thus making the switch from workstyle to lifestyle convenient and quick. While not necessarily a novelty, mixed-use developments are a popular concept in recent years. Look at the popularity of Avalon!

To further explore the evolution of LWP and its intersection with the coworking segment, researchers at CoworkingCafe determined the top U.S. cities with the highest number of live-work-play buildings in 2022, as well as their growth throughout the last decade.

According to Coworking Cafe, Atlanta completed 14 LWP buildings from 2012 to 2022 with two more such projects in the pipeline for 2023.

In line with the national trend, mixed-use buildings in Atlanta are primarily composed of residential areas (52% of the total square footage), whereas office spaces claim 22% and retail 26%. Four of those mixed-use buildings in Atlanta also include coworking spaces. Consequently, that places Atlanta right after New York City in the coworking department.

Atlanta is also the only city in our ranking with 100% class A ratings for all of its live work play buildings.

Nationwide, 512 live-work-play communities were built between 2012-2022, with another 101 in the pipeline for the next two years.

You can read the full study here: https://www.coworkingcafe.com/blog/live-work-play-to-reach-record-heights-in-2023-with-coworking-twist/

Bisnow Atlanta recently covered eight highly anticipated developmental that will be completed in 2023. Their list was compiled with assistance from CBRE Atlanta, Avison young and Haddow & Company.  You can read the full Bisnow Story here.

8 Anticipated Commerical Deliveries (many have a mixed-use or LWP component):